You are here: Home / Guides / History of Shaving

History of Shaving – From Tweezing Hair to The Latest Scheme 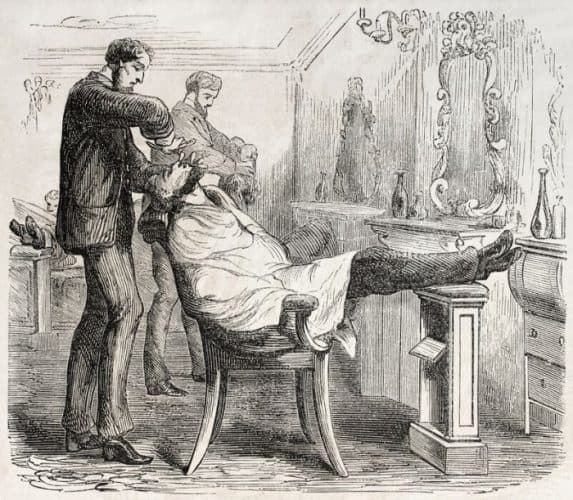 Approximately 100,000-year-old cave paintings show that cave dwellers began to pick out facial hair with primitive tweezers made out of stone or shells. We do not know exactly why this practice occurred, but some theories exist:

What we do know with certainty is that shaving was related to religious ideas from an early stage. The tribe’s shaman was often also its barber. Hair was seen as a transport route for spirits of various kinds, and after a night of wild dancing where they shook the spirits out of your hair, the shaman cuts it off so that no spirits could get back. The shaman had long hair, so he could talk to all the spirits who resided there.

Around 30,000 years ago, people got tired off plucking and tweezing out hair and started to use knives that were sharp enough to shave with. Hair is pretty strong, actually as strong as copper wire, so the knives of flint quickly became dull and useless. To dull the pain from this primitive shave, they started to smear their face with mud from the rivers.

Pretty soon they began to prefer the clay which was rich in vitamin A. Vitamin A, along with vitamin E, is something we still use in aftershave lotions, because of their soothing properties. This primitive aftershave was also the origin of the face-tattoos as pigments in the mud-colored the scars dark. 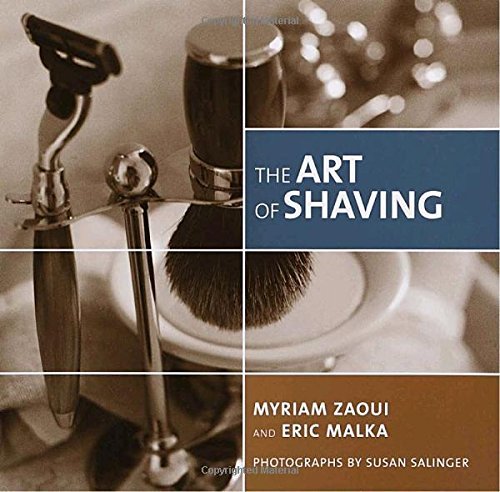 About 5,000 years ago the flint knife finally got a rival when men began to work with metals. Razors of copper alloy began to emerge in Egypt and India and Egyptians were particularly enthusiastic when it came to hair removal. The amount of hair on the body decided where on the social hierarchy they were. The less hair on the body, the higher up on the social ladder.

Military affairs have also added importance to facial grooming. In many different empires and civilizations throughout the ages beards have been a sign of manhood, and by extension, of skills on the battlefield. In ancient Greece beards were subject to great admiration and one nursed it regularly with oil and stylists.

Alexander the Great, however, ordered all soldiers to shave the beard since it functioned as a great handle that enemies could use in hand to hand combat. Despite initial strong opposition, the absence of beard became something the military continued with and by the time Alexander the Great went home to drink himself to death, the trend had merged into to civilian life as well.

Through trade, the shaving trend spread from Greece and across to the Roman Empire. Beards had long been popular with the Romans, but Alexander the Great’s fashion and legacy were unstoppable. General Scipio Africanus was the first Roman socialite who began to shave daily.

Julius Caesar soon took the idea to the highest levels and his shaven look quickly became the prevailing fashion. Rich people usually shaved at home, all others frequented either indoor barbershops or a stool in the square, which often led to accidents.

When the barber had finished shaving, it was also his job to patch up the customer’s face, which was done by applying a mixture of perfumed ointments and spiderweb soaked in olive oil and vinegar. If this shaving style was not desirable, you could always use a depilatory that contained, among other things sap, tar, goat gall, bat blood, and powdered snakes.

Roman barber fashions were often dictated by the emperor. Marcus Aurelius took it a step further and shaved the head. Emperor Hadrian, however, had a face full of warts and scars from the battlefield, and the full beard made a renaissance

Throughout the Middle Ages, heads of state had various beard policies. Ivan the Terrible, the Tsar of Russia and probably the most unstable ruler since Caligula, held the beard in so high esteem that by shaving it off you could end up in a brawl with a flock of starving hunting dogs while Ivan cheered from the sidelines.

His descendant, Peter the Great, put taxes on a beard and shaved nobility on his own with a very unsteady hand.

If you went to your local barber in the old days it was possible to get services such as a shave, haircut, manicure, bloodletting, the removal of tonsils, tooth extraction and amputation. This was only natural since their hands were skilled in precision work with sharp blades. It is from this period the traditional white and red striped barber poles have their origin. They were adopted for two reasons:

Around 1680 the first razor was born in Sheffield, England, and a few years later Jean-Jacques Perret wrote “La Pognotomie”, or “The Art of Learning to Shave Oneself.” It was an extremely radical idea to think that ordinary men could shave, a task that previously only belonged to professional barbers. The dream of shaving yourself was still some distance in the future.

In 1847 William Henson designed and patented the first successful cut-throat razor. It looked like a miniature scythe and paved the way for a rapid increase in the variety of skin care products available for men. Shaving soaps, shave creams, lotions and the like could now be much more easily found.

Towards the end of the 1800s, the first barber school in the world opened in Chicago, and the trend back towards professional barbers was rising again. Barbershops eventually emerged in every community where you could get shaves second to none. They also became a hangout for men to relax and catch up on the latest happenings in the area.

In 1901 King Camp Gillette along with engineers from MIT began to design what would later make Gillette’s face known worldwide while making him rich beyond imagination. The traditional safety razor with replaceable blades proved to be a spectacular success. In his first year, he sold 51 razors and 168 blades. By 1915 it had increased the annual sales to 450,000 razors and 70 million blades.

Nothing has made shaving that popular than the First World War. The US Army needed men to be fed to the enemy machine guns, and the majority of these soldiers came from the countryside – bearded and unkempt.

The Army shaved away all beard and facial hair explaining that the gas mask would fit better; although lice were the real reason. Parallel with this King Camp Gillette had patented the traditional razor and was a supplier to the US military.

All soldiers shipped to Europe were equipped with a razor, usually Gillette. When the soldiers returned, they took their shaving habits home. This time, as back in Alexander the Great times, the trend spread into civilian life – soon everyone ditched his beard and took to shaving.

When the sixties arrived, his beard became the rebel’s statement. Young men throughout the West threw away the razor and wore stonewashed jeans, smoked marijuana, let their hair grow long and listened to music that parents thought were just noise.

Society was appalled that its sons had thrown away the razor and beard were soon banned in most large companies and frowned on by the establishment. Such policies are still in force in many companies today. Some companies allow to have a beard, but not to grow it out – this must be done during the holidays.

In 1970 the manufacturer Wilkinson Sword came out with its “Bonded shaving system” consisting of one blade stuck in a plastic container that matched only to a Wilkinson Sword razor. This marks the beginning of a dark chapter in shaving history that lasts until today.

The following year Gillette responded with its two-blade Trac II and the bold claim that two blades gave a better shave than one blade – the arms race had started!

Schick, who had the same owner as Wilkinson Sword, launched five years later the Quattro razor with four blades.

Gillette saw no reason to stop there as the Gillette Fusion with five blades was born. Other versions of the same razor were quickly released with different color combinations and aloe vera strip above blades.

Could this be related to the fact that Procter & Gamble who owns Gillette also owns Duracell batteries? We do not know, but so far there is no scientific evidence that the vibrations have a positive effect on shaving. Is’n it better to get our number 1 choice for a razor – the Feather safety razor?

We are anxiously waiting for the next greatest scheme to “improve” shaving!

Any cookies that may not be particularly necessary for the website to function and is used specifically to collect user personal data via analytics, ads, other embedded contents are termed as non-necessary cookies. It is mandatory to procure user consent prior to running these cookies on your website.