Eco-friendly Shaving – Saving the Planet One Shave at a Time 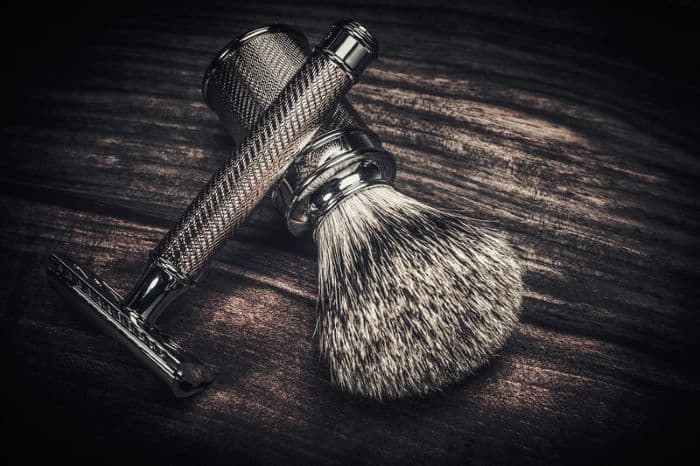 Classic wet shaving will not only give you a better result, you will also be saving money and contribute greatly to reducing emissions and littering.

Instead of letting multi-blade cartridges and disposable razors pile up in the world’s oceans, landfills and garbage heaps, you can use safety razor blades that can go straight into metal recycling and the best shaving soap or traditional shave creams without propellant gas.

Contents show
1 Can Not be Recycled
2 Where Does the Waste End Up?
3 The Classic Safety Razor for Eco-friendly Shaving
4 Environmental Friendly Shaving Foam?

Shaving is a major contributor to littering of our globe. Globally, an estimated 6 billion disposable razors and multi-blade cartridges are thrown away annually. An independent study concluded a few years ago that 80 million men in the United States alone used such razors and thus contributed to approx. 1 million cubic meters of toxic waste a year. In addition, there are women, who are the fastest growing customer group for purchasing razors internationally.

An often cited figure is that 2 billion razor blades are thrown away each year in the United States. This figure is based on  facts from the Environmental Protection Agency (EPA) from 1990, and although the number of shaves per man has decreased since then, the population has increased by 32 percent and consumption by women has increased sharply.

Can Not be Recycled

Multi-blade cartridges are the razor blades you are used to seeing in the grocery store. They consist of several razor blades that are molded into a plastic cartridge or “holder”, a process called plastic injection molding.

The razors that are mostly sold also have a lubricating strip made of water-soluble plastic that constantly releases micro-plastic into the drain. Since such razors consist of many very different materials that are permanently welded together, it is not possible to recycle them. The manufacturers themselves admit:

“At the present time, our razors and cartridges do not qualify as recyclable.” – Gillette, which currently has a 65% market share globally

With disposable razors, the blade is a permanent part of the razor and the entire razor must be discarded when the blade becomes dull. The average man in our part of the world shaves an average of 3.2 times a week. If we err on the low side and estimate that he uses each razor 10 times, he throws away almost 17 razors a year. In actuality, the numbers are probably higher.

“For example, brand leader Gillette, an American-based company, has its razor handles manufactured in China while the blades are made in Sweden…this means that at any time container-loads of parts to make up a variety of branded and unbranded razors are being sailed and flown around the planet, clocking up some serious mileage. That all requires the use of fossil fuels to transport them, as well as the energy needed to manufacture the various components. For example, the manufacture of razor blades requires the steel used to be heated to temperatures of between 1,967 – 2,048°F (1,075 – 1,120°C), which takes a great deal of energy to achieve.

Plastic injection moulding, the process used to produce the various components such as the cartridges, razor handles and carriers for the lubricating strips, is an energy-rich process that puts a high demand on our planet’s natural resources. The manufacture of razors, therefore, is not a particularly sustainable one and has a considerable impact on the ecology of the planet.”– from Shave.com

Where Does the Waste End Up?

A Guardian investigation reveals that cities around the country are no longer recycling many types of plastic dropped into recycling bins. So instead, into the landfill they go.

In other countries, a large part of the plastic waste ends up in the world’s oceans where it is harmful to marine flora and fauna. A Nordic survey shows that 90 per cent of marine litter in the Nordic region is plastic. It takes hundreds of years to break down the plastic in a multi-blade cartridge, and in the decomposition, toxic and hormone-mimicking substances are released. This both damages the ecosystems in the seabed and sooner or later finds its way to our own food.

The UN has declared plastic pollution the world’s fastest growing environmental problem and is committed to stopping plastic emissions to the sea. By switching to classic wet shaving, we are one step ahead.

Shaving foam in a canister is a challenge to recycle since they are gas containers under pressure. Recycling stations drain butane and propane from the can, burn them in a power plant and try to filter the exhaust gases.

However, producing the spray can requires a lot of energy and uses fossil gas from polluting oil extraction. This results in a canister which in most testing only lasts for 20-50 shaves depending on the brand.

Compare this to a tube of classic shaving cream from Proraso that does not contain any propellants, only soap in an aluminum tube. This solution requires no fossil gas. The tube itself is recycled just like the razor blades. Since the entire tube is filled with shaving cream, not propellant, it lasts a minimum of 300 shaves.

Best of all: Shaving Soap in a Bowl

If you really want to keep your emissions down, you can use one of the many shaving soaps available. They are enough for up to 600 shaves! Many come in a nice wooden bowl that you can refill with new soap (called a “puck”) when the original soap is finished. The only packaging involved is recycled cardboard.